By Aftercar • About 5 months ago in Brand Culture Company

Travel is always enlightening. By stepping out of the ordinary routines of our everyday lives, we’re able to gain a fresh perspective on the day-to-day concerns and troubles facing us back home, returning refreshed and inspired to begin anew. But individual travelers aren’t the only ones who benefit from a traveler’s mindset. In an increasingly global business landscape, thought leaders can draw on their interactions with other cultures to glean fresh insights into how different cultural symbolism coalesces individuals into a community, a country or yes, a thriving corporation.

We were reminded of this reality on a recent month-long sojourn to Peru. With the work of symbolism expert Dr. Terrance Deal in mind, the many expressions of shared cultural identity Peruvians use to connect and deepen their community bonds revealed themselves as the journey unfolded revealing some unexpected lessons corporate culture leaders can take from Peruvian culture.

Sharing Your Narratives, Honoring Your Roots

We made it to Peru just in time to travel to Cusco for the Inti Raymi, a yearly recreation of the Inca New Year festival that’s believed by many  to be the biggest cultural celebration in the country. Although the performance is based on the memoirs of a half-Spanish, half-indigenous diarist who wrote 500 years after the last known original Inti Raymi, over the years the festival has come to be one of the most popular and important symbols of shared community identity.

Dance troops come from all over the country, all dressed in the most spectacular costumes. We saw one group that looked like a cross between 70s space cowboy era Bowie and a ranchero, another who wore layers and layers of rainbow fringe that fluttered with every movement. There were parades everywhere, and dancing in all the squares, concluding with a final culminating afternoon ceremony in a massive complex of ruins overlooking the city. 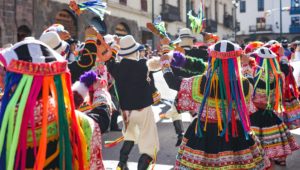 We walked with a crowd of Peruvian attendees up the tall hill to the temple ruins, joining the families who spread picnic blankets around the ceremony, passing shared dishes of roast chicken and gelatina, buying tamales and ice cream from the vendors who passed through the crowd. But the most unexpected dynamic was that almost no one appeared to actually be watching the show. People chatted with each other, joked, ate, did everything but sit in rapt silence paying attention to the ceremony.

At first it seemed strange, but then I realized: simply showing up was the point. The families around us knew the meaning and symbolism of the Inti Raymi instinctively. This feeling of being at home in their shared cultural celebration was what created a space for true connection.

Often in the corporate world we feel there’s a right and wrong way to interact with the shared ceremonies of our organizations. But as with any group of people, there is no “Platonic ideal” right way. But when the culture your employees share has deep enough roots, they’ll feel empowered to interact with and expand upon it in a manner that can create real communities — and real growth.

The Local Hat: How Symbols Can Unite Teams

One of the most surprising and delightful things about traveling through the small villages of the sacred valley was seeing the changing aesthetics of the local communities  — especially when it came to clothing. A prime example of this distinction is what I came to call the local hat.

Hat wearing is practically obligatory in the higher altitude regions of Peru, where the punishing sun and lack of access to sunblock means venturing out without one risks a serious burn.

In every town or village we went to, no matter how small, people responded to this environment by developing a distinctive style of local hat made in the town and worn by the people in it. In one village, it was a felt bowler worn by the men in homage to what a local told us was a century-old connection with an Italian sister community. In another, every woman seemed to be wearing the same tiny white top hat, sparkling clean and adorned with glass gemstones arranged in complex geometric patterns.

Regardless of the idiosyncratic differences across communities in their respective designs of the local hat, its rhetorical purpose was clear. The hats were a symbol of identity and belonging. In communities where tourism was the primary driver of the local economy, they were a way to clearly delineate the insiders from the outsiders, for members of the community to identify who belonged. But more than that, the hats were a symbol of shared values. The bowler represented the global connections supporting this small island village. The carefully crafted, jewel adorned hat symbolized the care and artistry so vital to this mountain community of craftswomen and their families. The aesthetic choices these individuals made were deeply rooted in their shared sense of self. 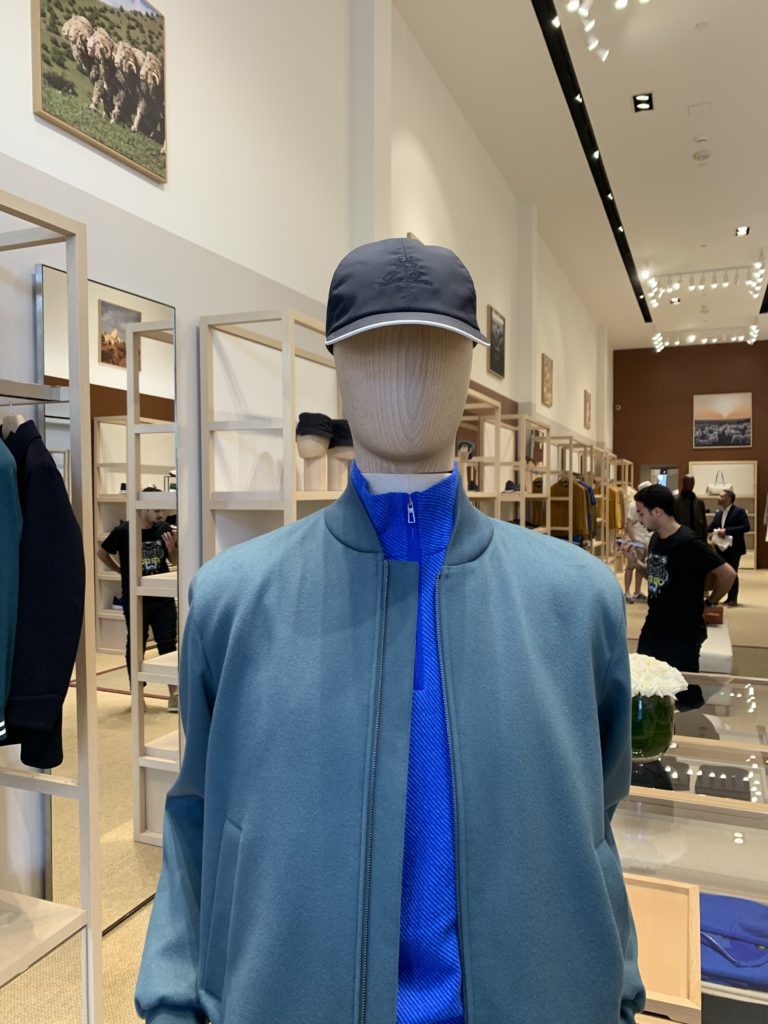 A baseball hat adorned with a corporate logo might not summon the same sense of connection, but just like the community hat, the aesthetic choices your organization makes can have a deep impact on employee performance and morale. It may seem that a cap is just a cap, but whether adorned or plain, caps have undeniable semiotic significance. Viewers of the HBO show Succession may have noticed the baseball caps sported by the members of the Roy family  devoid of any logos, adornment or insignia whatsoever. To the uninitiated eye, these caps might suggest the family is “slumming it” beneath their customary sybaritic sartorial standards with castoffs from The Gap or Old Navy. Not so. The caps are hiding in plain sight for those of us who are not regular customers of Brunello Cucinelli and Loro Piana boutiques where the subtly luxurious baseball caps retail for between $795 – $2,200. Who would have thought that the seemingly unmarked cap would actually be an insider signal among billionaires (as an interesting aside, the caps have exploded in popularity among fans of the show, frequently selling out).

Decisions about branding, office design and even the dress code that employees adhere to can have a major impact on shaping the way your team interacts with your core values, the way your community of employees perceives themselves, and how your organization is received, in turn, by the larger world.

A Global Mindset for Global Growth

When it comes to functioning symbolically, a company is very much like a community. Team members need to feel connected by a shared culture, and know that they have a shared understanding of their values, goals, and aspirations that they can draw on to unite them through even the most challenging projects.

In an era where every business is part of the global, interconnected community of shared work, it’s more vital than ever to draw on the experiences we gain in travel to understand how the varied tools cultures use to build frameworks of expression and connection function in the wider world. By looking at the example of countries like Peru, we’re able to see a case study of how culture can build community — and why community spirit may be difficult to measure, but easier to see, and so vital to growing corporate strength.

Learn more about creating an environment to unify your organization beyond traditional practices by exploring our work on Shared Purpose, and discover how BrandCulture can take your company to the next level. 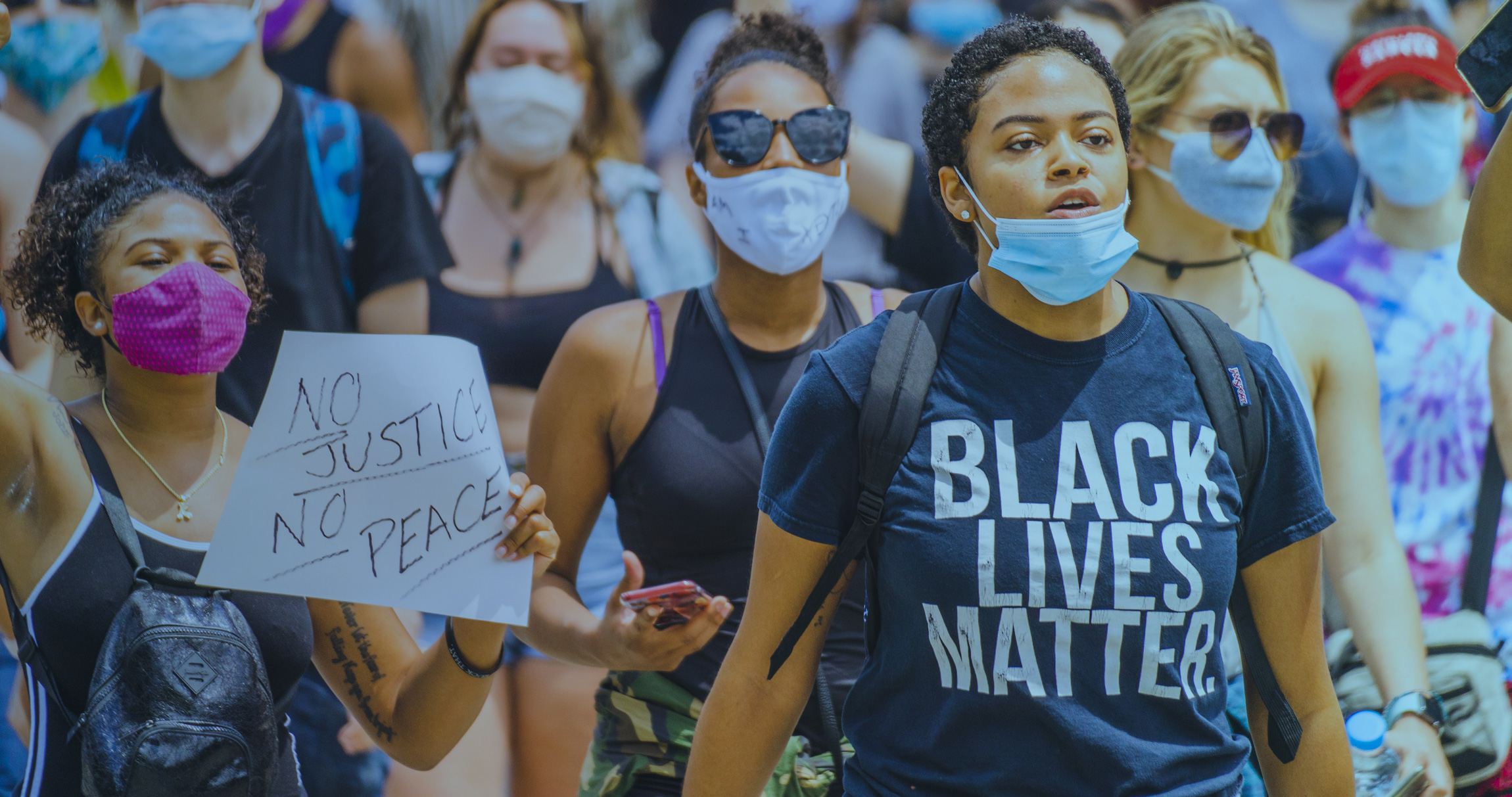 Walk the Talk: A Chance to Move Beyond Virtue Signaling and Create Change Within Your Organization

The Black Lives Matter protests are the most recent example of a public asking for systematic change. This may have inspired a reckoning to pause…

Customarily when we think about cities we imagine concrete structures and pavement, hard spaces, crowds and congestion. But when we experience a city, something else…

This Spring, the world watched in horror as the invasion in Ukraine became the largest refugee crisis in Europe since WWII. A war like this…